“No worker should have to pay for a job. Most readers of this page will not have to had paid fees in order to get their job — and neither should migrant workers in corporate supply chains.” – KnowTheChain

Disclaimer: This case study is intended to be used as an educational resource and does not indicate an independent evaluation or endorsement by FishWise. 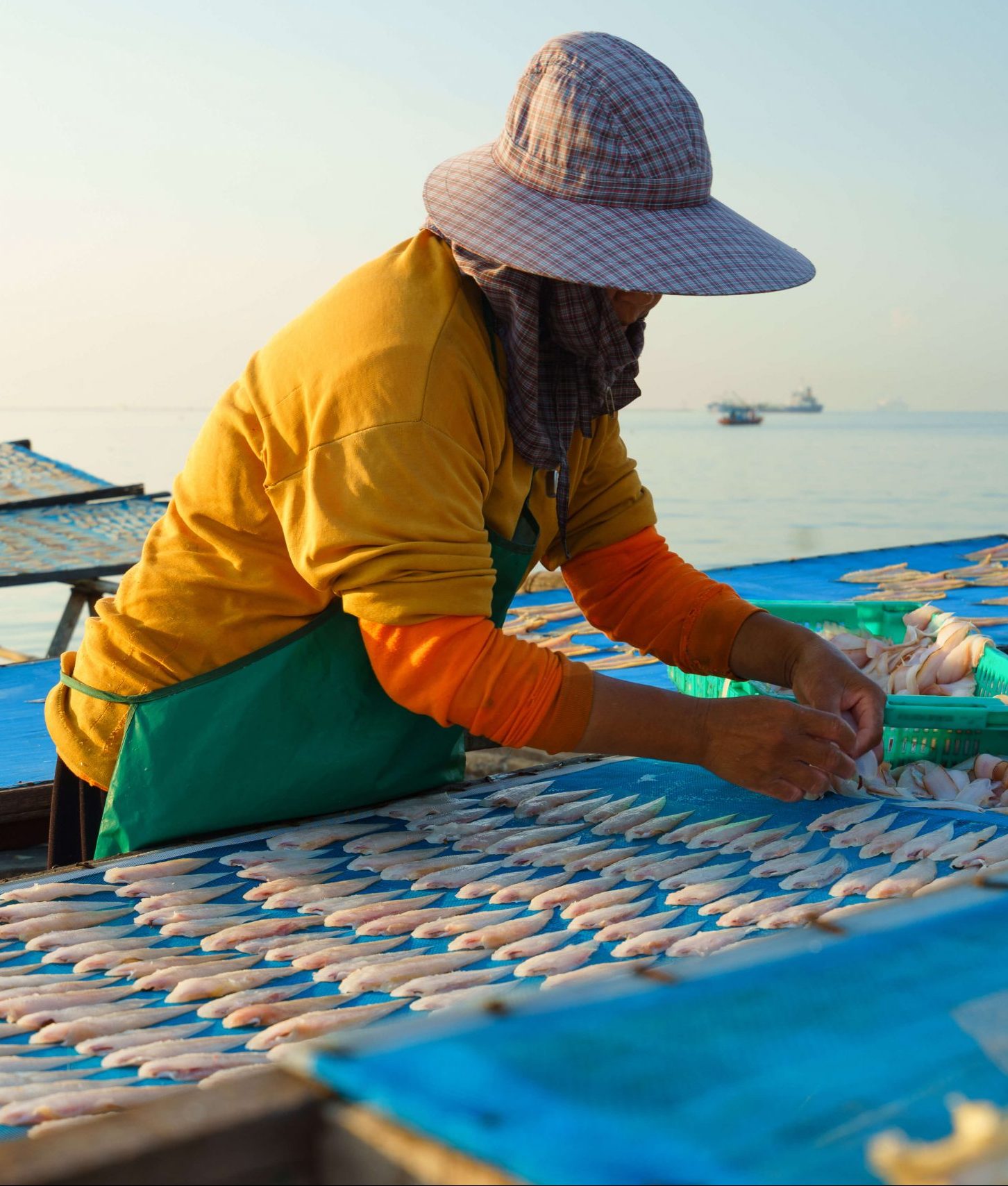 Governance gaps often leave workers in global supply chains vulnerable to exploitation during the recruitment process. Migrant workers in particular are especially at risk of abuse. According to the ILO Fair Recruitment Initiative, workers may encounter a range of abuses during recruitment, from deception about the nature and conditions of work to retention of passports to threats of expulsion from a country.

One of the most widespread issues in recruitment processes is the use of recruitment fees, which may lead to situations of debt bondage as workers have to work to pay off their debt. According to the International Labor Organization (ILO), “recruitment costs can amount to nine months or more of average monthly earnings.”

According to KnowTheChain, an ILO survey among migrant workers in Thailand found that, on average, workers in the agricultural sector had to pay US$431 in recruitment fees — a sum significantly higher than the average monthly salary of US$240.

Tesco is a British multinational groceries and general merchandise retailer. Tesco works with suppliers all around the world which means labor issues can  arise, including in the recruitment process.

Responsible recruitment addresses these issues by ensuring that workers are recruited through legal and ethical processes, that hiring processes include worker safeguards and transparency, and that workers do not pay fees to secure jobs. According to the Employer Pays Principle, employers — not workers — should bear the costs of recruitment as well as other costs such as fees for visas, medical checks, and travel.

Tesco has taken a number of steps to ensure responsible recruitment and subsequent remediation in cases where abuses have occurred. This includes:

As outlined in the 2020 KnowTheChain Food and Beverage Benchmark Findings Report, Tesco provides a “concrete example of remediation of recruitment fees to supply chain workers.”

Based on reports from grievance mechanism, supplier visits, and other channels, Tesco found nine incidents at two sites in Thailand and Malaysia where workers were indebted to labor brokers through the payment of recruitment fees. To remediate each case, Tesco worked with suppliers to ensure that the workers were compensated.

With long-term improvement in mind all Thai and Malaysian suppliers are now required to map all fees and costs incurred by migrant workers in the recruitment process in origin, transit, and destination countries. Tesco subsequently requires suppliers to move to responsible recruitment models in line with the Employer Pays Principle instead of repaying fees on an ongoing basis (other than for one-off payment of fees).

In situations where Tesco does not believe a supplier is committed to remediation or moving towards more  responsible recruitment, it will end the relationship. To avoid a “cut-and-run” approach, Tesco seeks to end supplier relationships responsibly, which can include following through with order for up to three months and ensuring workers are notified of altered hours.

As outlined in the 2020 KnowTheChain Food and Beverage Benchmark Findings Report, Tesco found that passports and work permits of 13 Burmese workers were withheld at a factory in Thailand and the identity cards of 44 workers were held by a factory in India. To address these document withholding issues, Tesco worked with suppliers to return the documents and instituted a document retention policy.

Tesco also works with unions and NGOs across its supply chains on worker education and freedom of association. In the 2020 KnowTheChain Food and Beverage Benchmark Findings Report, Tesco was the “highest-scoring company on the theme of Worker Voice, which assesses how companies seek to ensure that supply chain workers understand and are able to exercise their rights.”

A story from KnowTheChain, Responsible Recruitment of Migrant Workers

Why are Worker-Paid Recruitment Fees a Problem? Example: Food Sector

In Summer 2018, 18-year-old Yudha was recruited for a fishing job by a labor broker on Facebook. He was promised US$450 per month, plus bonuses on a two-year contract. Only after he left his village in Indonesia did he find out that his salary would be only US$300 and that he was required to pay a US$900 “security deposit” and a US$750 administration fee. Yudha said his passport was confiscated once aboard the vessel, and that shifts lasted for 18 hours a day: “There was no break, except for eating and only five minutes,” said Yudha … “Sometimes, if a tuna came off a hook and the captain was angry at the missed catch, the crew would not eat at all.” While Yudha, unlike many of his colleagues, did not pay with this life, his pay for ten months at sea amounted to only US$638.

The seafood industry relies on a range of workers, from fishers to aquaculture farmers to workers in processing facilities, many of whom are migrants. Responsible recruitment and remediation in cases of abuse, therefore, are essential, and much can be learned from Tesco’s approach.

Working with suppliers to conduct risk assessments of the recruitment process is critical to mitigating risks of debt bondage associated with recruitment fees, coercion, threats, and other forms of exploitation. Companies should also be prepared to incorporate the costs of meeting the Employer Pays Principle into their payments to suppliers.

When situations of abuse, such as wage or document withholding are uncovered, companies must ensure workers receive remediation. Companies should also continually engage with workers to ensure they are not retaliated against and are satisfied with the remedy outcomes.