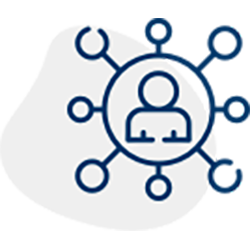 The International Transport Workers’ Federation (ITF) is an international federation of transport workers’ trade unions with more than 20,000,000 million members in all transport sectors, which among the others represents fishers working at sea and on land, as part of the supply chain. The ITF is campaigning to protect and secure decent human and labour rights of the fishers worldwide in the world’s Fishing is the world’s most dangerous industry, mixed up with human trafficking, piracy, child labour, modern slavery and even murder. Effective regulation is vital. The ITF works with the International Labour Organization (ILO) and other relevant international organisation to address the plight of fishers on a global level. The ITF is actively involved in: – Promotion of ratification and implementation of the ILO Work in Fishing Convention No188,2007 which provide the minimum standards regarding employment of fishers: – Fighting to stop the abuse of fishers and fishworkers: – Combating social dumping: – Prevent and eliminate human trafficking in fishing: – Combating IUU fishing which is major threat to people and fisheries.