The aquaculture sector has significantly expanded within the last decade and continues to grow as wild capture fisheries become increasingly overexploited. While aquaculture has been regarded as one of the solutions to a growing world population and diminishing supply of protein sources, the expansion and intensification of the industry has created serious social and environmental challenges.

The FAO estimates that over 20.5 million people were employed in aquaculture in 2018. Asia produces the most aquaculture of any continent and accounts for 85% of those employed in the industry. Within aquaculture, some of the most salient humans rights issues, including child labor, forced labor, and human trafficking, are found within the shrimp and fishmeal sectors. 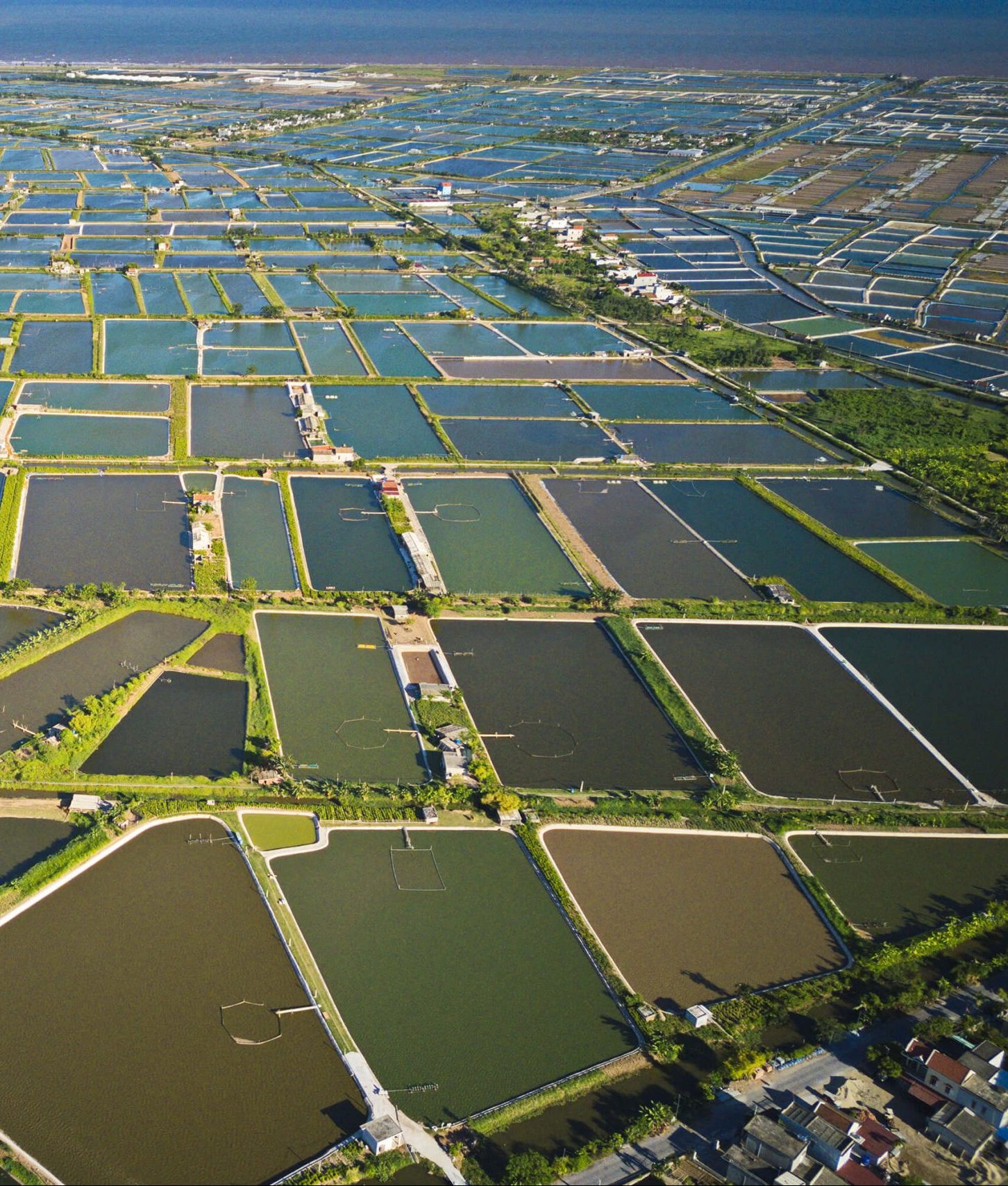 Once the mature shrimp have been grown and harvested, they are sent to processing facilities where they are cleaned, deveined, and peeled by hand. Evidence of human trafficking, forced labor, and child labor is prevelant in many shrimp processing facilities globally. In the worst cases, shrimp processors are trafficked to and enslaved in these facilities. An AP investigation into shrimp peeling factories in Thailand found hundreds of migrant workers trapped at a shrimp processing facility called the Gig Peeling Factory. These workers, many of them women and young children from Myanmar, had been tricked and sold by traffickers to the facility. The workers were forced to work for little or no pay, and, in some cases, were found to be enslaved there for years.

The AP article illustrated the laborious and abusive conditions of shrimp processing. Workers spent all day on their feet with their hands in ice buckets as they peeled and cleaned the shrimp. Workers were found to have many cuts and infections on their hands and arms, as well as allergic reactions to the shrimp. On top of grueling hours under constant surveillance—without adequate breaks, nutrition, resting facilities, or medical attention—workers were subject to both physical and psychological abuse. The AP found that bosses confiscated official worker identification and threatened to call the police if workers didn’t follow orders.

The AP tracked shrimp peeled in this facility to exporters that served major brands in the US, Europe, Canada, Australia, and elsewhere in Asia. Investigations by the Environmental Justice Foundation (EJF) also found evidence of human trafficking, child labor, physical and psychologial abuse, document retention, and wage witholding within Thai shrimp processing facilities. EJF estimates that there are twice as many shrimp peeling facilities as those registered with Thailand’s Department of Fisheries. This means many operations are unregulated and ungoverned and workers thus have no legal protections from exploitation.

Raw seafood can be processed and converted into marine ingredients like fishmeal and fish-oil. Fishmeal or fish-oil can then be used to produce aquaculture feed (aquafeed), pet food, and/or vitamin supplements. Seafood-based inputs can pose traceability issues when seafoods from various origins are processed and combined together. Because aquaculture accounts for 75% of fishmeal and fish-oil usage (through feed), aquaculture operations may be linked to the social responsibility risks associated with fishmeal and seafood based inputs.

Fishmeal is an ingredient primarily used in livestock and aquaculture feed. The fishmeal sector includes both wild caught and farm raised seafood that is then processed to create animal feeds and other products. Fishmeal can be made with either whole seafood, or the scraps from seafood processed for human consumption. Composed mostly of forage fish, such as herring and anchovy, which may have limited traceability, fishmeal supply chains are challenging to assess for human rights risks. Although a distinct part of an aquaculture operation’s supply chain, information about vessels fishing for feed may not be readily available to farms or subsequent steps of the supply chain. Many of these vessels are distant water fishing vessels, which run their own risks of forced labor, human trafficking, and further exploitation.

Fishmeal supply chains may have aquaculture products that were hatched in one facility, grown in another, and processed in several other places, before being packaged and shipped.  Due to the complexity of supply chains and the quantity of seafood being processed, seafood that is caught by enslaved fishers often ends up mixed with fish that may have been ethically caught. The varying labor issues associated with each supply chain segment make traceability and transparency paramount in social responsibility.

There are limited initiatives or standards devoted to working conditions or transparency on the feed vessel, with one of the only efforts being the International Fishmeal and Fish Oil Organization. However, ILO research in Thailand has shown that up to a quarter of workers on vessels fishing for feed have been subjected to forced labor. Salient issues prevalent aboard these vessels include forced labor, human trafficking, and physical and psychological abuse. To learn more about the combatting exploitation at sea, visit our Decent Work at Sea page.

A reduction fishery is one that uses, or ‘reduces’, its catch to produce fishmeal or fish oil rather than producing seafood for direct human consumption. Reduction fisheries often target bait fish species that are lower on the food chain, “low trophic species” such as herring and anchovies. These species are crucial to maintaining marine ecosystems as they are key to the diets of predatory fish, seabird, and marine mammals, and to the livelihoods and culture of many coastal communities.

Most reduction fishery species suitable for direct consumption are relied upon by small scale and artisanal fishers for their livelihoods and food security. The rapid expansion of aquaculture has been accompanied by the overfishing of such species to supply fishmeal demands, and the fishers and their communities that depend on them are suffering loss of income and access to nutritional food. It’s crucial that reduction fisheries work to improve their social responsibility by respecting the needs of resource dependent communities, securing livelihood opportunities, and maintaining fair access to markets.

Companies producing or sourcing aquaculture products can take a range of actions to improve social responsibility and reduce human rights risks. Standards such as the Global Aquaculture Alliance’s (GAA) Best Aquaculture Practices (BAP) or the Asian Seafood Improvement Collaborative’s (ASIC) Social and Gender Standard can be used to make improvements to aquaculture supply chains, in addition to the company actions included below.

Given the documented human rights abuses during fry collection and shrimp peeling, companies should improve social responsibility by focusing on worker conditions during these particular portions of the aquaculture supply chain. Ensure the following practices are met to protect workers and improve working conditions:

Transparency into the fishmeal feed level is an essential component of eliminating human rights abuses in aquaculture supply chains. Establishing traceability to the point of harvest for feed begins by asking farms to track information regarding vessels and companies supplying feed.

Learn about Traceability on RISE, and take a deep dive into global initiatives through the Seafood Alliance from Legality and Traceability!

Once there is more information about the vessels supplying feed, companies can begin to make human rights improvements for vessels that fish for feed or other seafood-based inputs. More information about social responsibility practices to support workers in fishing available on RISE: Decent Work at Sea, and Distant Water Fishing.